Where Did the Music Video Come from 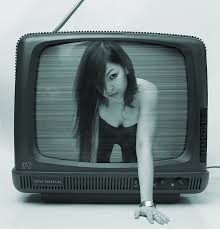 Although the first music video ever broadcasted was ‘Video Killed the Radio Star’ played by MTV in 1981, some consider the music video to be much older than that year. It seems that the film Alexander Nevsky, directed by Sergei Eisenstein in 1938 had some extended images of battles which had been choreographed by Sergei Prokofiev. These new scenes were so innovative that they have lately been considered to be the first music video.

Apparently, the music video is even much older than these innovative scenes. The 1911 Alexander Scriabin’s symphony – Prometheus: Poem of Fire was written for orchestra and ‘light organ’. Oskar Fischinger’s animated movies were considered to be other ancestors of the music video as they were called ‘visual music’ and they were equipped with orchestral scores.

Max Fleischer’s short cartoons were also considered to be attempts of a music video. He created a new type of cartoons, the sing-along cartoons which he called Screen Songs. These short cartoons were inviting the public to sing along to famous songs at that time. Few years later, in the 1930s, these cartoons were changed; they displayed the musicians singing their hit songs in front of the camera in a live-action show.

Walt Disney also contributed to the music video evolution through his ‘Silly Symphonies’ which were based on musical pieces. The Warner Brothers cartoons were also created around songs. But the most popular videos were the live music concerts, performing popular singers, videos which were displayed in theatres.

Bessie Smith’s dramatized performance of a song was another attempt to make a music video. This performance consisted in a short film named Saint Louis Blues. It was very popular and it had been played in theatres for more than 3 years. She wasn’t the only musician that appeared in short musical materials. Many musicians liked the idea and started shooting their own materials. Music historian Donald Clarke considers that Louis Jordan’s strange feature film Lookout is the official ancestor of the music video.

In conclusion, it seems that the first music video issue is still a controversial subject. The important thing that needs to be noted is that the music video is by far much older than the television which made it famous: MTV.