The Making of Classical Music 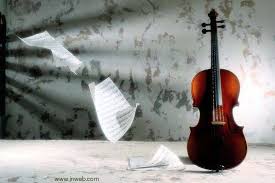 Classical music is governed by some known conventions that have its roots in a variety of forms, genres, styles and historical periods. These features together go in defining the term ‘classical music.’ Music rated as classical has always made its thumping presence felt. With the evolution of the popular music forms, the dominance of the classical form has not diminished. In-fact, it further magnified with new forms and codes.

There are several factors that define Classical Music. These can be classified under the following heads:-

Form and Technical Execution – The classical form generally take the form of a song, symphony, dance music, chamber suite, symphony, concerto, electronic music and more. The composition of this form of music requires expertise as a lot of complexities are involved in arriving at a balance between its emotional content and the music that accompanies it. The Classical Guitar Music is one such example of complex composition.

Complexity – The complexities involved in making of classical works are not just confined to instruments and beats. But a lot of it lies in the development, modulation, musical phrases and even length and variations of tones. A perfect combination of all these features results in the development of a perfect symphony of music. In-fact, the large scale classical works are built from smaller units of musical compositions.

Society – The classical forms of music maintains a repute of being a choice of the upper-level society. The music has never been popular among the working class. However, it is not compulsory as most of the classical musicians fall in the middle class range. The Classical Music CD buyers and concert goers also include the middle class audience.

The form of music which is preserved as classical is primarily a written musical tradition. These written works are then given expression in the form of recordings, oral transformations and musical notes. Music plays an effective role in transmitting classical notations. The written instructions, however, do not have explicit instructions. But, music does help to build the mood of a classical masterpiece. It helps in better understanding of the masterpieces.