A Look Into The History of Royalty Free Music 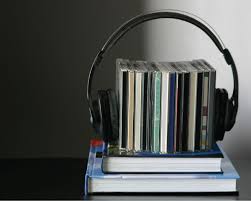 The notion of royalty free music is likely to appear as an exceedingly puzzling one for the less knowledgeable yet potential user of the advantages that come along with the decision to bring such music into play. In fact, a series of false impressions concerning the term have their justification. The designation royalty free music leads to the assumption that such music could never take in a royalty disbursement suitable for any type of use. Consequently, it has happened for people to guess that it does not involve any sort of costs at all.

On the contrary, when you opt for royalty free music (one and the same with the notion of buyout music), you do opt for using certain musical pieces royalty free, but within a particular set of conditions. Without a doubt, you will have to pay a one-time fee to acquire it.

For a case in point, your music license may make it possible for you to use your buyout music on all radio broadcasts with no royalties outstanding, but it does require initial acquisition royalties or royalties for any other types of broadcast (such as TV broadcast). On the other hand, one has to study closely license agreements with their buyout music library to stay in full awareness of the conditions and payments necessary for the broadcast of such music.

Let us revisit the few years prior to the birth of this notion. Prior to buyout music, libraries largely required the payment of a so-called Needle-Drop fee, of term-limit blanket licenses and of single production blanket licenses. Needle drop, back in the former vinyl days, stood for the necessity of the producer to pay a small fee each time he chose to use the music, which took place by means of the placing of the needle on the record (the name of the charge practice had a very clear connection with the concrete use of the music).

This implied that, if you made use of the music in a commercial, you had to give the needle drop fee. After that, if you opted once again for using the music in another announcement, you had to pay the needle drop fee once more. Term-limit blanket licenses made available for the producer a precise amount of music to use in permissible productions for an established time interval, on average one year. A production blanket license made it possible for the producer to bring into play as much music as necessary for any production. These days, you will still find in operation such methods of music licensing.

After a while throughout which such type of licensing held the monopoly, some music library producers had the initiative to implement the term of royalty free music, with the objective of rendering their libraries more attention-grabbing to producers.

With royalty free music libraries in force, producers discovered a manner of obtaining a blanket right to make use of the music exclusive of supplementary expenses for a particular use. Alternatively, they found it possible to obtain a set of CDs and make use of them with no limitations at all. In other words, we are now talking about a type of licensing opposite to the needle-drop fashion.

The final point is that no matter how complimentary royalty free music may sound, you still need to pay a fee. Of course, the advantage is that you pay it once and… that is that. On the other hand, you should examine thoroughly the license agreement with your buyout music library, to stay on the safe side to what concerns your rights of broadcasting the royalty free musical pieces that you acquire.