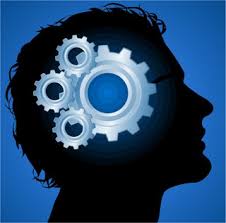 Music as a cultural form can be examined in terms of the meanings encoded and decoded by different producers and audiences. Specifically, producers of music operate within the context of certain political, social and economic conditions and with the particular intentions. These could be to perpetuate an ideology through the exercise of ideological hegemony or to express resistance. On the other hand, music is used by people in structurally subordinate positions to comment on social problems, express their dissatisfaction with the state of society and resistance to hegemony and the ruling order. We can argue that music has always been a channel for expressing ideas that oppose and inflame hegemonic powers. We shouldn’t censor music just because of violent, vulgar and abusive messages it promotes to the world. Like movies and TV, music is also seen as influencing the behaviour of its audience, particularly the teenagers. This is clearly true, given that music audiences divide themselves into “Tribes” (creating different subcultures), where their hair is grown longer, clothes becomes more unconventional and drug use becomes central activity. Therefore a Self-fulfilling prophecy is created.

Many Theories were trying to explain the influence music has upon the teenagers, such as The Frankfurt School. The Frankfurt School envisioned the media as a hypodermic syringe, arguing that the contents of the media were injected into the thoughts of the audience, who accepted the attitudes, opinions and beliefs expressed by the medium without question.

Many artists and teenagers deny that violent music is seen to influence teenagers. Commentators on the current furor over rap music should bare in mind that we have already been there done that, back in 1950s, when the likes of Elvis and Jerry Lee Lewis were horrifying politicians and parents because of the lyrics that contained violent, drug and sexual references. It can be argued that the marketing strategy of music companies changes the way music spreads. In order to generate more sales and profit, music agencies launch a lot of large-scale promotion. Posters, videos and advertisement of singers can be seen everywhere in order to persuade its audience to buy the products. Certain steps have been taken to make parents aware of the type of music their children listen to. One would be “The Parental Advisory Sticker” that has been enforced upon records that have foul language and mature content. Originally, this sticker was intended to indicate that anyone under the age of eighteen could not purchase the labelled album.

It has not only been argued that the rap and hip hop music influences teenagers, but the metal music has also faced severe censorship, especially because of its allusions to sex, drugs, and booze, not to mention its indecipherable lyrics. Rock and roll has largely been seen as a form of rebellious music for just about as long as it has existed. Because of the implications and hidden meanings associated with rock, some old-fashioned beliefs continue to cause a discrepancy amongst the population of the time.

Many musicians have jumped in on the fight against censorship. They believe censorship violates the first amendment which talks about “Freedom of Speech”.

Marilyn Manson is one of the most controversial artists in the world today, one who chooses to express himself in a way that provokes in the most extreme methods possible. It has been argued that Marilyn Manson is protected by the First Amendment who guarantees freedom of speech, freedom of the press, and freedom of association (assembly). It also protects the rights of citizens to worship as they please and the right not to be forced to support someone else’s religion. Manson uses this freedom fully, getting his message across by any means possible, mainly to the younger generation.

However, the artists and producers defend the musical lyrics, and claim that these acts come purely from self-inspiration, not extrinsic influence such as their music. In addition, over 1,000 studies later, we have not really made much progress and many questions remain. Are some people less able to distinguish between artificial and real lyrics? Is some censorship justified in order to protect out teenagers? The more we seek to find the answers to questions about the effects of media violence, the more questions seem to be generated. As Mr Blanket said: ”We need to talk to the record producers, to the distributors, to those actually engaging in the music business about what is and isn’t acceptable.”