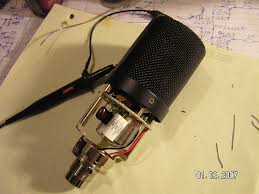 For most home recordists, working with cheap microphones is a fact of life. “Amateur” and “budget-constrained” are practically synonymous in audio engineering.

But cheap doesn’t have to mean bad. With a little effort, even the most cost-conscious mic owner can capture great sounds.

To that end, here are 7 tips for getting the most from your cheap microphones.

1. Understand your mic’s shortcomings.
Correct use of a mic depends on knowing its characteristics, and cheaper mics tend to share some common traits. Cheap condensers can sound overly bright and tinny, where their dynamic counterparts tend toward a boxy, midrange sound. Keeping this in mind will help you decide when and where your mic should be used.

2. Don’t assume your most expensive mic is best.
If you have several microphones, and especially if you have a choice between different types (condenser, dynamic, ribbon,) resist the temptation to reach for the most expensive mic every time. Many professional engineers, with gear lockers full of names like Neumann and Earthworks, still swear by the SM57 for certain tasks. What’s “best” changes from musician to musician, and instrument to instrument. So try all your mics, and record with the one that sounds best, even if it didn’t cost the most.

3. Adjust the source.
Rather than rely on effects to compensate for your mic’s shortcomings, try changing sounds at their source, before recording.

If your mic sounds dull or dark, push more high frequencies from the source: Use fresh guitar strings, clean your cymbals, boost your amp’s presence. On the other hand, if your mic is too bright, work at softening the treble sounds in whatever you’re recording. Try heavier gauge strings, dampen cymbals and drums with felt or tape, and sing through a pop screen or other wind filter.

4. Play with position.
Getting the most from budget equipment always requires effort. With microphones, this effort should focus on positioning. Everything about a mic’s placement affects how it captures sound: Its distance from the source, the direction it’s pointing, even its distance from the floor and walls.

This takes time of course, especially for those of us without assistants. But the improved sound you capture can only help your recordings.

5. Check for mods.
To keep prices down, manufacturers of cheap microphones often cut corners, and use discount components. If you’re comfortable with pliers, most microphones can be tweaked to compensate for these production efficiencies.

Virtually every mic can be modified. And in some cases dramatic improvements in sound are possible. Google is your friend here – see, for example, the myriad modifications one can make to an SM57. The Prodigy Pro forums are also a great resource, full of schematics, diagrams, and like-minded hackers!

A high-shelf cut at 10Khz, even if only 2 or 3dB, can work wonders to take the edge off a brittle-sounding condenser. A gentle high-shelf boost at 8Khz can add some life to the sound of a dull mic without over-emphasizing its shortcomings.

7. Adjust your performance.
Imagine recording a “cymbal basher” with a cheap condenser. The drummer produces too many high frequencies to begin with, and the mic inherently captures extra treble, so the recording will likely end up a useless wash of high-end white noise. When you can’t change mics, there’s only one way to address this: Have the drummer hit the cymbals softer and less often.

And practically every performance can benefit from this removal of extra material. Remember what Debussy said: “Music is the space between the notes.”

Or think of it this way: The fewer notes you record, the less your cheap mic needs to capture! Good luck and have fun!