Is It Better to Learn With Sheet Music or By Ear? 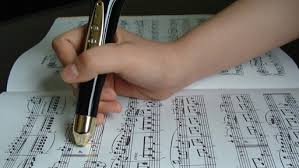 When you pick up an instrument, there is much to learn before you can truly play some of the greatest works ever written. Some musicians have the wonderful ability to play something simply by hearing it, while others have to work at it constantly reading sheet music. During music studies, everyone learns about those amazing composers, such as Mozart, who played and composed great works without ever looking at sheet music when they began to play. But, how do you learn to play by ear like the greats do? Do you learn with sheet music or do you try to learn by ear? And, what about the piano and music teachers? Should they teach beginning musicians to learn by sheet music or should they teach them to learn by ear? There are advocates for both sides, as there are people who have the ability to learn both ways.

Every piano player, and musician in general, needs to learn how to read sheet music. It doesn't matter if you are playing for yourself or a concert hall, dabbling or composing, a good musician knows how to read sheet music. Learning to read sheet music will help you in your musical career by allowing you access to every piano work out there and allowing you the ability to compose or write any type of music you prefer. Sheet music also helps improve hand-eye coordination and will help you to instantly translate what notes are and what they sound like. Knowing how to see, hear, and play music will help you later learn by ear when you simply hear a piece of music.

There are people who learn both ways, just like there are music teachers who will teach both ways. For intermediate or advanced piano players, learning by ear will be easier and come more naturally to them, especially since they have been playing for a while and already know the notes and sounds. But, most music teachers will have you learn by sheet music first. You will hear the notes, as well as see them on paper in front of you, so you can begin to memorize them and be able to identify them as you play. Beginning piano players will be able to learn notes, sounds, pitches, and finger positions on the keys by learning from sheet music before they begin to learn by ear. There are literally thousands of works to help new piano players learn the fundamentals of piano playing that will give them the ability to learn by ear later in their career.
The music teachers who will teach you by sheet music first will normally start with scales and positions so the beginner can learn how everything sounds and where it is. From there, beginning piano players will move on to more complicated works that will help them to learn strains, chords, and more. Once a piano player has the basic notes and sounds down, it will be easier to pick up music by ear. Learning to play by ear can take years for some people to master, while learning by sheet music is fairly easy to master once you learn how to do it.

Once a piano player learns to read by sheet music, they can pick up any work and learn to play it. Even those extremely complicated works can be learned when practiced enough. Other works can be perfected and played over and over until they are memorized, and a budding composer can begin to write their own music since they now know how to read the music and play it as well. But what about those naturally talented to play the piano, doesn't it just come to them?

There are always those musically gifted people who can sit down and pick out a melody simply by ear. For these musicians, they learn better by ear, since their brain is predisposed to learning the sounds instead of the written works. These players will need a piano teacher who can teach them to play by ear, and then to read music. Most people who are naturally talented to play music by ear will sometimes have a hard time learning to read sheet music, so they will need a teacher who is strong in both to help them become a well-rounded musician. There are great learning tapes and other piano techniques that you can use to learn by ear as you begin to master this area of piano playing.

Learning to play sheet music and then by ear is one of the great traits that any piano player can master if they work hard enough at it. Most of the great jazz piano players of the past had to teach themselves to play the piano and then learned sheet music. And, most jazz piano players of modern times learn the opposite way. But, no matter which way they learned, being a great jazz player means that you have to learn to improvise, and you cannot do that without being able to play by ear. Improvisation is something that comes after years of practice and study, and once you are able to master it on the piano, you can play anything, with any group of musicians.

How you or your students learn will depend on their natural talent and what they aspire to be in their musical career. Every musician should learn to play from both sheet music and play by ear, to give them the ability to do anything that they want with their piano. No matter what you want to do with your abilities to play the piano, you should be able to learn from both sheet music and by ear, so you are able to work and play in any situation. Being able to learn from both sides is a great way to become one of the well-rounded piano players who can pick up and play any piece of music.