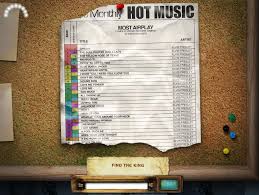 If you want to learn more about music, the best way is to, perhaps, learn about the different genres that exist in mainstream market. Even if you like to just download music and do nothing more complicated with it, this article will expose you to several types of music and maybe, you may like a type you had never heard of before! For those interested in audio mastering, this can be a great place to start your research.

Anyone interested in writing about music almost always begins with classical music. This is the style of music that has persisted for decades in spite of having a limited following. There is something about classical music which, well, makes it classic! Go to an opera and you will notice that you will be moved by the stirring notes even if you do not understand the language or do not like slow numbers. This type of music is serious business for many people who train rigorously to be ready for stage performances. You need to have the right octaves and a certain diva like quality to make it as a classical singer.

A type of music that is simple enough to be followed and learned by anyone interested in rhythm is tribal music. Tribal music is inherent to particular tribes and does not need a recording studio for its creation. The tribal music of many African, Hawaiians and the American Indian tribes have qualities unique to them. Lots of African tribal music is fast paced while the Hawaiian music is very lively. American Indian music often has a haunting quality that stirs the soul. Similarly, the Nordic tribes or the Arabic ones have their own music that can be very spontaneous and emotive. If you love dancing to simple, nature based music, tribal music is best for you.

If you are fun loving and ‘cool’, you will almost definitely love Hip Hop. Though, compared to the previous two styles, this category of music is rather new, it has created a very large fan base. The Hip Hop stars like Kanye West and Jay Z have become millionaires many times over with their funky music and lovable styles. This style is often represented by low waist pants, rapping music and an easy going attitude. If you are a disc jockey, you probably know how much the crowd loves this music for its easy rhythm.

Rock is yet another famous genre of music. Long hair, guitar in hand and loud voice are the main features of a rocker. The kind of frenzy a rock band evokes is hard to emulate. The pulsating music and aggressive moves make this music, one of the most popular on earth. If you are a member of a rock band, you have a ticket to instant fame.

For more personal and slow numbers, you can turn to blues while for lively story telling, you could try country music. Jazz which is often considered a true American style is also highly respected for its eclectic mix of tunes and subjects. Other styles used are alternative, gospel, dance, folk and many more.