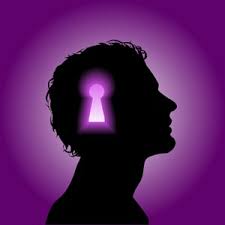 Music has always been known to evoke different feelings in people. But can music go so far as to affect your behavior? That is the ultimate question, I suppose. A lot of people now are really interested in the power of music and how they can reap its benefits and avoid its disadvantages. After all, if you think music can help you improve your performance at work or help your children calm down, then there’s no harm in trying, right?

But how much is truth and how much is speculation? Can music affect your behavior? Read more to find out.

Not so much music as it is environment.

Before we delve into the question of whether music can affect your behavior or not, it’s best to get some things out of the way.

However, isn’t it important to note that sometimes, certain types of people already are the way they are even before they choose to listen to a certain type of music? To be quite frank, it’s not so much rap that induces violent behavior in people but their environment.

So, can music affect your behavior? Scientific studies have revealed no direct relationship between the two. Music has always been a great way to express oneself.

When you’re feeling angry, you listen to loud, angry music and sing along to the lyrics. When you’re sad, you put on angst-filled melodies and cry yourself to sleep. Sometimes, music is just that—a means of letting your emotions run free.

Of course, music also tends to put you in different moods. A nice classic piece might make you feel romantic. Soft, instrumental songs can make you feel more calm. To a certain extent, music can change your mood, but not your behavior.

Other special properties of music

Some kinds of music do have extra special qualities. For example, a lot of parents like to make their children listen to Mozart because studies showed that it improves concentration. What is it about this classical composer that helps people become smarter and more talented?

The answer is not that Mozart’s music changes behavior but that its different range of notes and the way some themes are repeated helps the brain function better.

So can music really affect behavior? As far as today’s researches go, not so much.