A Welcome Change in the Music Industry 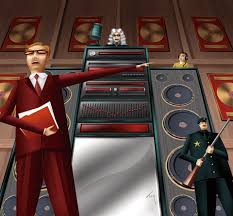 For those among you who love music, the digital age which brought with it the amazing ability to download music was like a gift from heaven. Suddenly the Gods had come down with a magical wand and touched our little computer screens, blessing them with the ability to obtain so many sounds for so little money. Indeed, no money—and, well that was the problem, because the reality soon hit us all that the practice wasn’t altogether, very legal.

When Napster finally went under, there were complaints but they soon grew silent. What more could be said? We were all quite aware that this practice wasn’t right, even if it didn’t feel illegal. But then again, we just loved getting all that music for free and even free music software. The fact is that no one really wanted to do anything illegal, it was just that with the new technology and new possibilities, the laws were not quite defined within that horizon.

So then, after the age of Napster, the music industry and music in general is definitely starting to change. Formerly spoiled by the high prices for CDs, the music industry is slowly being forced to offer music at more competitive prices, and although you can no longer get music for free through downloading (at least not in a legal way), there are still possibilities of getting music at an acceptable price through such sites such as Yahoo! Music. Some of the older music is still free.

Although most people tend to feel a certain dislike for these corporate moguls who seem to devour everything in sight, including the music industry, the fact is that those starving musicians out there are the ones who are really hurt when music is given away for free. Indeed, the average musician has to pay just to use a recording studio, which is more than many can afford. If these people were to give their music away for free, then they would certainly have to take a full time job and stop making music.

Perhaps however the situation isn’t as bad as it seems. Music will always be created, regardless of the difficulties. Just think about the great blues music that came out of New Orleans in the prior to the 1950’s, or the music which was recently ‘discovered’ in Cuba, brought together in the Buena Vista Social Club. Most of these musicians were terribly poor, and yet they played music before they got to Carnegie Hall. What was their motive?

So as the music industry changes, perhaps a little more emphasis upon the individual, and less emphasis upon money would make things a bit better, even if that means that musicians of the future will be limited to home recording studios. It seems that’s the way things will go anyhow, since there’s a lot of computer technology which replaces the need for all that expensive equipment in the first place. Perhaps as a result, we’ll start to hear some ‘real’ music once again, and not just the over-produced variety.